Earlier this year, I made a bold move: I joined an online dating site. I’d been out of my most recent relationship for almost a year and, having not met many eligible bachelors, I was eager to find a way to connect with someone.

If you’re single and over the age of 22, the opportunities in which to meet singletons like yourself dry up faster than water in the Sahara. Once you’re out of high school or college, the dating pool is pretty much limited to coworkers, friends of friends and random dudes you’d meet in a bar, bookstore or market.

None of that was working for me.

I wasn’t sure what to expect of online dating. You hear lots of “success” stories but lots of horror stories, too. I was incredibly nervous about going on first dates, most of which felt like blind ones — though I’d seen photos of the guys I was seeing, of course, and had exchanged emails with them several times. Some of the dates went well, full of laughter and interesting conversation. Some of them went poorly, full of the awkwardness I feared. But in each case, I was happy to have gone and put myself out there — especially when I met Spencer, the fourth of the online dates, and now? Well, that crazy guy is my boyfriend. And I barely remember that we “met” online at all.

Friends email me now and ask my take on the online dating scene. I was encouraged to join by a good friend and fellow blogger — I’ll protect her identity in case she doesn’t want me “outing” her, but her initials are JL! — and never regretted joining, though it could definitely be stressful.

One thing that simultaneously eased and added to that stress? The little book above.

In 1995, Ellen Fein and Sherrie Schneider released The Rules: Time-Tested Secrets For Capturing The Heart Of Mr. Right, a self-help guide for single women on the prowl, and the basic advice was this: play hard to get. Don’t be too available. Don’t make them think you like them more than they like you — and, better yet, don’t let them think you like them at all. And if you do insist on letting them know your feelings — as in, you have some and aren’t an automaton with better hair — you’re proceeding at your own risk.

When I first joined OkCupid.com, my only foray into the world of online dating, I felt like I was sailing uncharted waters with nary a map. After putting in my information and uploading a few photos of myself at my most glamorous, my mom and I sat huddled around the kitchen table on a Sunday afternoon. We looked through photos of eligible bachelors in the area, perused their profiles and started narrowing down the results. Who was the most interesting? Who seemed compatible with me and my goals? And, you know, who was hot?

And then I waited.

And no one I messaged ever messaged me back.

I received plenty of notes, sure, from random dudes who didn’t seem to have bothered to read anything in my profile. Most of them asked questions like, “You’re pretty. Why don’t you have a boyfriend?” and the always popular, “Can I buy you dinner?” (They might have had a chance to buy me dinner if they’d given me an opportunity to even start a conversation with them before delving right in, though I appreciated their willingness to actually go on a date.)

Considering I didn’t know an Adam from a Joe from a Chris on there, it all got very overwhelming very quickly. After going a solid six months without a guy even asking for my number in “real life,” suddenly I had an  inbox full of messages from guys wanting to take me on a date. And who were these guys? Some were heavy, some thin; some young, some older. They were IT specialists and government employees and mechanics. They were in the military and all over the area. Some were blonde, some brunette; some American, some not so much. (I got an email from a Russian in D.C. to study; it was all in broken English. I was tempted to go out with him just for the good stories that would inevitably produce.) 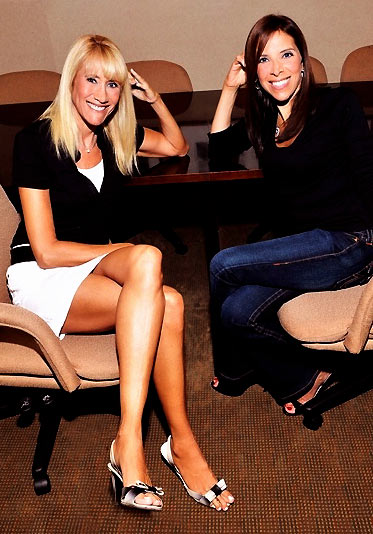 After exhausting my friends, family and blog readers (hi, you guys!) for tips and encouragement, I turned to the only other place I could think of for help: a book. Like any devoted reader, I’ve long believed the answer to any question could be found in a book . . . I just needed to find the right one.

Enter The Rules For Online Dating: Capturing The Heart Of Mr. Right In Cyberspace. A modern incarnation of the popular and controversial Rules by Fein and Schneider, this set of Rules was snatched up before I hunkered down with it for the night.

I read the whole book in a matter of hours, each of the chapters swimming through my head. Huddled over my laptop the next morning, I began the process of putting them in action. It’s easy to remember most of The Rules because they all have a pretty specific slant: namely, sit back and relax. Don’t do any of the work.

According to Fein and Schneider, I’d already committed a cardinal sin in the online dating world: I’d messaged men first. You never want men to think you’re overeager and desperate, but more than that, Fein and Schneider advise that men like the “thrill of the chase.” (How many times have we heard that in our lives?) Men don’t like to be pursued; they like to do the pursuing. If you claw too hard at a dude, he’s going to turn tail and run.

Like much of The Rules, this seemed like stereotypical, sexist advice. In fact, that’s how many of the authors’ detractors have summed up their work: antifeminist. Antiquated. Sexist. Rude. I’d spent months sitting back and waiting for something to happen, and nothing did. So I was going to grab the bull by the horns, darn it! I wasn’t someone’s pet or trophy to be won, reclining and waiting to be rescued and pursued!

But here’s the thing, too: I was still a willing student — a shiny sponge, if you will. After reading the book cover to cover, I began to implement much of what Fein and Schneider suggested, and not all of it was degrading or ridiculous. In fact, most of it actually made sense.

For example, say the authors, be sure your profile picture features you looking good (of course) and smiling. And not like a false, your-friend-is-begging-you-to-smile-but-you’re-mad-at-her grin — a real, honest-to-goodness smile. Look happy. People like happy people! Happy is good!

And how about this gem: less is more. God love them, men don’t always like when women get wordy. Spencer often jokes that he can write me a two-sentence email and I’ll send him back a novel. My dad is famous for emailing “OK” — just two little letters — in response to a giant message I’ve sent him. Over a lifetime of communicating with men, I’ve developed a “just the facts” mentality — and that applies to online dating, too. Don’t write out a giant note (like, say, this monster of a blog post). Keep it simple. Don’t seem like you spent all day and all night writing your online profile. You’re a busy woman, the authors say; seem aloof, unavailable, and free! Like you barely had ten minutes to piece together to write this thing, because you’re awesome and in demand.

After I read that chapter, aptly titled “Less Is More When Writing Your Ad”? I went back and removed all kinds of stuff. I still kept the flavor of what I was trying to say in my profile, sure, but I condensed everything to two paragraphs instead of five. Continuing on with The Rules, I followed advice about not responding too quickly to messages, blocking myself from instant messages (I don’t even like instant messaging, anyway), and not volunteering my phone number first.

And then something funny happened. After following The Rules for several days, I did find myself getting more responses from men . . . but not the ones I wanted. Following all these hard-and-fast “rules” became a chore, and a painful one; when I got an interesting message from a guy, was I really supposed to wait 24 hours before replying? Wouldn’t that seem rude?

So, friends, I started breaking The Rules — many of them, anyway. I still wasn’t writing to guys first, but I was through playing hard to get — especially after I got my first email from Spencer. He jokes about  how I didn’t write him back right away, but that’s because I was genuinely busy — not playing hard to get. Sometimes, I guess, one can be mistaken for the other.

For a total novice on the dating scene, I can see The Rules being helpful. It does provide some logical advice about putting your best face forward, if you will, but it’s definitely not a be-all, end-all guide that simply must be followed in order for someone to find love via the Internet. The book does a good job of outlining that online dating is a means to an end: basically, it’s a way for you to actually meet people. Like, in person. If you’re looking to develop relationships that never leave cyberspace, start a blog or something — but don’t join an online dating site. You join the site to date, so go do it. With a live, warm, breathing and laughing companion — even if you’re nervous.

And that’s the best advice of all: “Feel the fear and go for it.” Do y’all remember “House Arrest,” that ’90s gem of a film starring Jennifer Love Hewitt, Kyle Howard and Jamie Lee Curtis? . . . No? (Well, it’s awesome, so go Netflix it.) That’s the advice of a self-help guru and, having watched it a million times in the summer of ’96, truer words have never been spoken. Feel the fear. And go for it. Simple, powerful and true.