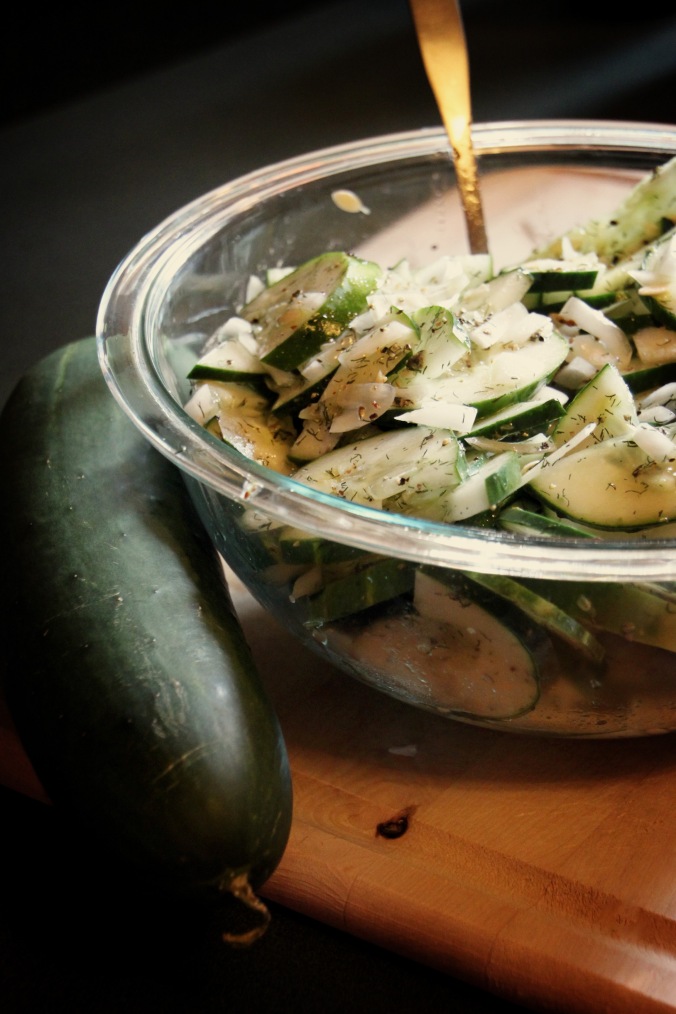 We’ve had an embarrassment of cucumbers lately.

Our new tradition of hitting the farmers’ market on the weekend brought us three of them for $2 — a steal! — and they’ve been patiently hanging out in our new fruit bowl since Saturday. Spencer came home with two more from a friend’s garden on Tuesday, bringing our total of OMG-HUGE vegetables to five.

Martha Stewart to the rescue, it seems! With some quick Googling, my husband found this recipe for cucumber and sweet-onion salad, and it is light, refreshing summer deliciousness.

And now nothing will go to waste. Just the way nature intended it, I think.

Between you and me? Um, we didn’t exactly have fresh dill or freshly-squeezed lemon juice . . . so we improvised with a dried variety as well as lemon from a bottle. The results were still great. In case, like me, you don’t feel like hitting the grocery store.

In a large bowl, toss together cucumbers, onion, dill, oil, lemon juice, and vinegar; season with salt and pepper. 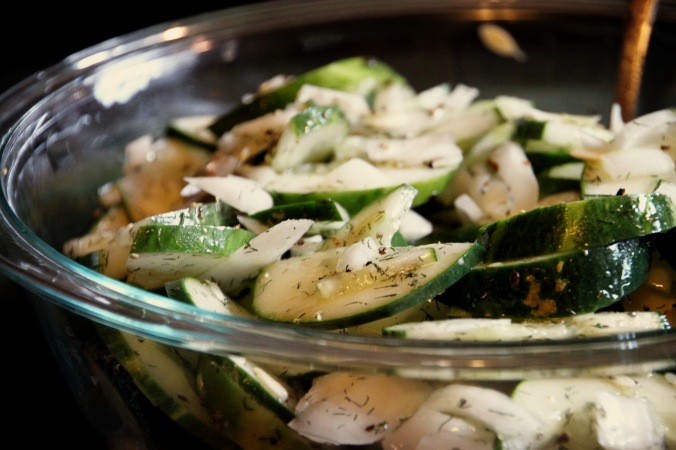