Born in July, I’m used to sweaty, sultry birthdays. I can’t recall a July 18 that wasn’t an assault on my already-frizzy hair, and 2010 was no different — but we still made it work!

Being all into photography and pretty things, we made a trip to Wheaton, Md., to visit Brookside Gardens — a 50-acre destination that came highly recommended by my good friend Erin. I wanted to see beauty! Gardens! Loveliness! And we definitely found it all at Brookside, though the temperatures soared in the afternoon to around 95 degrees. With ten thousand percent humidity.

Mom, Katie, Spencer and I were troopers and managed to walk for a few hours, though. I still managed to grab some decent shots before we just. couldn’t. take it. anymore. After making a circuit around the grounds and visiting the butterfly exhibit — butterflies everywhere! — we headed back to Southern Maryland and grabbed sweet, cold sodas en route.

Did I mention we got a flat tire on our way up — and on the Beltway? On my birthday? We totally did. Luckily, my faith in humanity was once again restored as someone immediately pulled up behind us to help put the spare on — which was awesome, considering I didn’t have a lug wrench. And apparently, lug wrenches are needed to change tires. Who knew? This is why you should travel with dudes. Or, in my case, become less of a female stereotype and figure automotive things out on your own. (Doubtful. I’m too busy reading to care.)

Still, butterflies! Flowers! Macro photography! It was a good day. And yes, I had plenty of cupcakes to celebrate — and a creme brulee at Bonefish Grill, complete with homemade whipped cream and a lit candle. I even straightened my hair with my brand-new straightener for the occasion, so you know it was special! 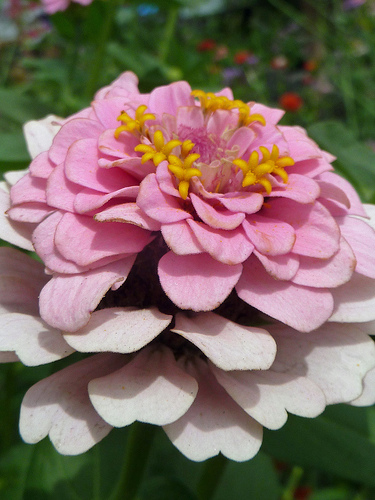 Happy belated Mother’s Day! I hope everyone had a chance to wish their moms a good day, or think about them if they weren’t close at hand. I spent the day with my parents in Annapolis and ducked over to the mall to see “Star Trek” — which was surprisingly, undeniably awesome! I’ll tell you flat out, I had very little interest in the franchise as a whole. My parents are both fans, but apparently I didn’t inherit the Trekkie gene. So I wasn’t really planning loving the film . . . it seemed vaguely interested and, sure, Chris Pine (young Capt. Kirk) is cute and all, but after spending all day Saturday on at an amusement park with middle school kids, I was kind of expecting to just fall asleep.

Um, no. “Star Trek” definitely isn’t a dead-woman-walking, pass-out-in-the-cushy-theatre-seats kind of movie! Probably the best movie I’ve seen all year — nothing to top it comes to mind! I would almost go see it again. Yes, that good.

And Annapolis was gorgeous . . . the weather in Maryland couldn’t have been any nicer yesterday! Perfect temperatures, glorious sunshine, a great breeze. We had lunch in a really nice restaurant, Dock Side Grill, and wandered around by the water shooting pictures. Some of my best shots: 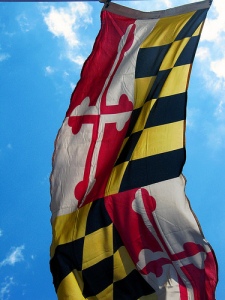 All of this excitement capped a strenuous but very fun day at Kings Dominion in Virginia on Saturday. My 12-year-old cousin was singing with her middle school choir at the amusement park, and I went along as chaperone. I have to say, the kids were great — and I had a blast running around with the five girls in my group. It was very freeing to “return” to junior high as a 23-year-old, too, let me tell you! My cousin and her friends are all sweet girls, but some of those kids were just a little . . . rambunctious. And since I’m not ensnared in the complicated, awful hierarchy of seventh- and eighth-grade politics, I don’t have to pull any punches! If they were too loud, I could tell them to be quiet; if they were being obnoxious, I could tell them to calm down. I wasn’t worried about ridicule from a 13-year-old wearing earrings too big for her face and with a mouth to make a Sailor blush. Oh, no. Thankfully, I’m past the age of caring about any of that . . . and I tried to impress upon my young charges that one day they, too, will no longer care what others think about them (most of the time, anyway). Very liberating!

So in all of our excitement running around the theme park, trying to dodge the storm clouds and oppressive heat (it was 90 humid degrees — yikes!) and drinking bottle of water after bottle of water, one of the ladies in my group had some serious luck: she won a giant dolphin playing one of the carnival games! And when I say it was giant, I mean it was huge — taller than my five feet two inches, I can tell you that! It took two of the girls (or one very exhausted me) to schlep that baby back to the bus at the end of the night, and then I got to share a seat with him all the way home! Dolphin almost had the whole seat to himself, really, because I had to turn him upside down, prop him up against the window and basically throw my own meager frame over him in order to not fall into the aisle.

I was able to read (Megan McCafferty’s Second Helpings — I’m more than halfway done and just addicted) on my way to the park, but all Dolphin and I could do on the way home was try not to force the other from our shared bus seat in silence. I grabbed the trusty iPod and fell into a very light sleep on our way back to Maryland. It’s hard to really doze off with a dozen 12-year-olds screaming at each other and singing round-robin versions of popular R&B songs. At ten at night. After ten hours in a theme park.

But no matter — I was 12 once, and I distinctly remember going on field trips with my friends and basically acting like a total lunatic. My girls were very good and seemed to have a lot of fun, and I’m glad! It was my first time chaperoning a field trip, and I hope I wasn’t too embarrassing! And any of the pain, exhaustion or split-ear-drums I experienced were just payback for everything I put my parents, teachers and other chaperones through in my heyday.