A beautiful bench with a view in Sausalito, California 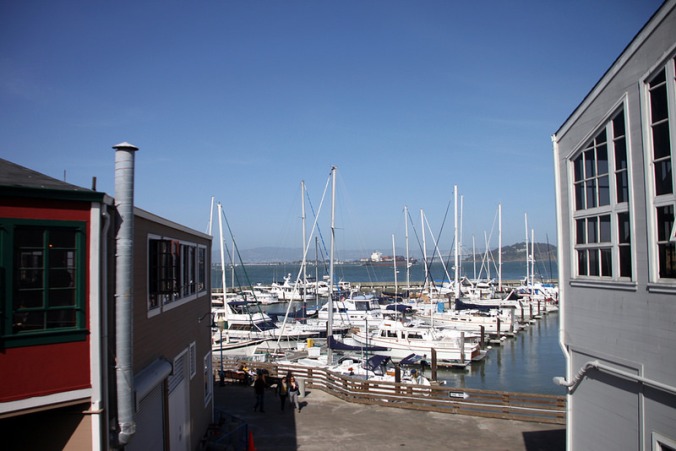 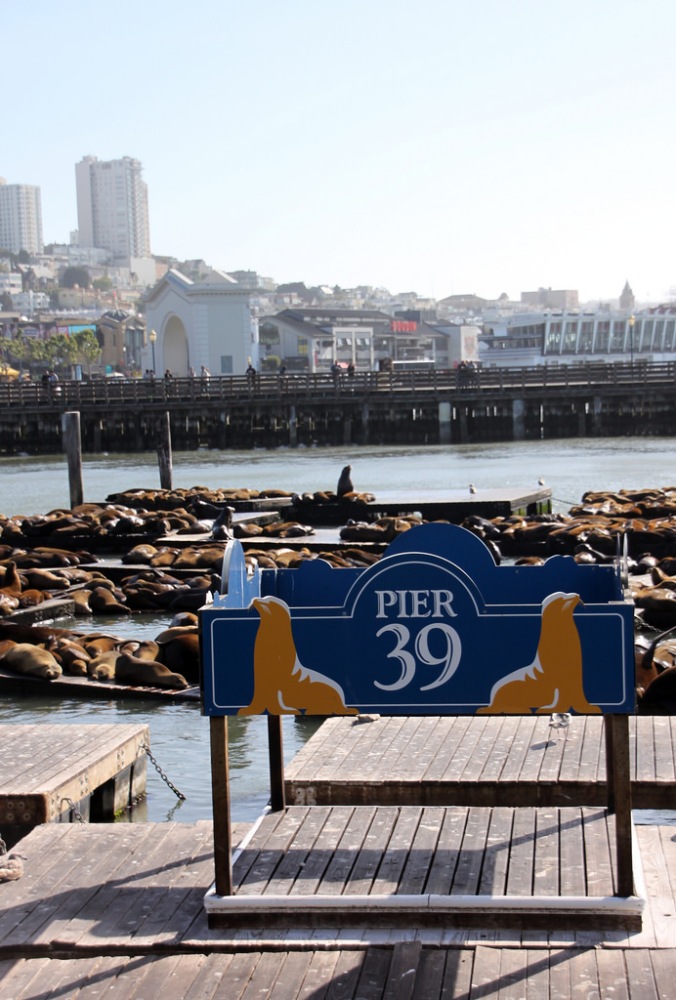 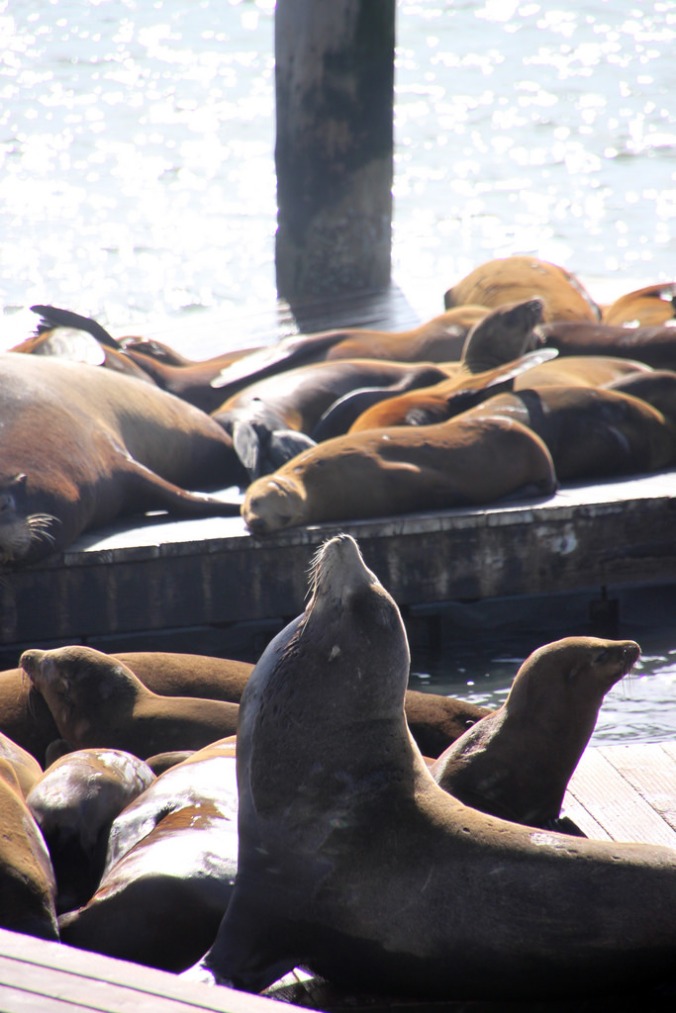 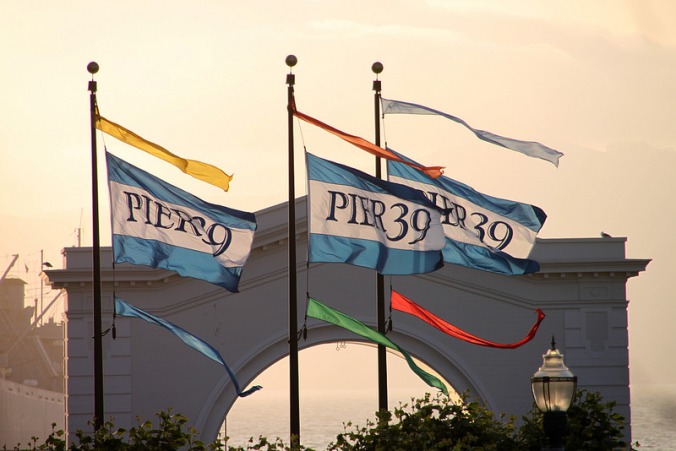 Wandering around San Francisco’s famous Pier 39 in May

Lush flowers and greenery.
Stunning views of the San Francisco skyline.
Seagulls flapping gently overhead, their calls muffled by the bay.
Gorgeous expanses of water lit up at dusk.

The remains of Alcatraz Federal Penitentiary, in fact — one of the most infamous buildings in the world.

I didn’t expect our ferry ride to the island to include such gorgeous vistas, but nearly everywhere you looked was a beautiful and unexpected scene. In fact, some of my favorite photos from the trip — which included Yosemite and Sequoia national parks — came at a spooky jail.

I think it was all about the juxtaposition for me. Side by side are beauty and dreariness, pain and hope.

Located just over a mile offshore of the city in San Francisco Bay, Alcatraz Island was once home to the iconic high-security prison once believed to be “escape-proof.” A little family research on my dad’s part discovered relatives who served time at Alcatraz before it shuttered in 1963, and it has served in many capacities both before and after its life as a penitentiary.

Declared a National Historic Landmark in 1986, Alcatraz is now primarily a tourist attraction — and a very popular one at that. We took one of the last boats over on our recent trip and were some of the last off the island before darkness fell. I couldn’t believe the crowds and wandering tourists; I was among them, of course, and the place was cool, but all this attention for a former prison?

It’s a mythical one, though. And in addition to its storied history, the property today is surprisingly beautiful. The gardens were impossible to ignore. Roses, succulents, lush grasses and fruit . . . exquisite! blooming! This purple thatch of flora is visible from the shore, and I had no idea what it was until we got almost close enough to touch it. And totally by accident.

You never know where a random door will lead you. 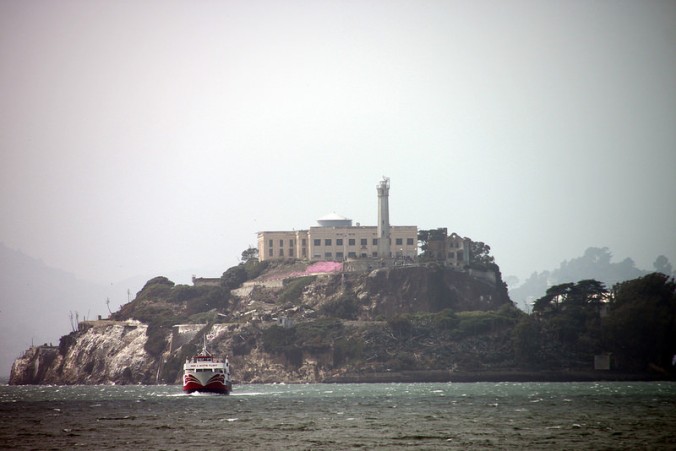 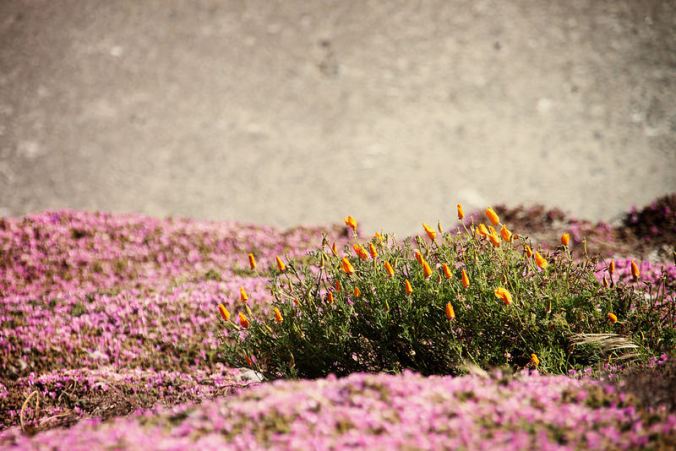 Sources note the gardens were once planted by families of the original Army post and later tended by prison guards’ loved ones, but the grounds became wild after the prison officially closed. They’re now being restored by staff and volunteers, who have even discovered original plants still growing where they were planted — 100 years ago. 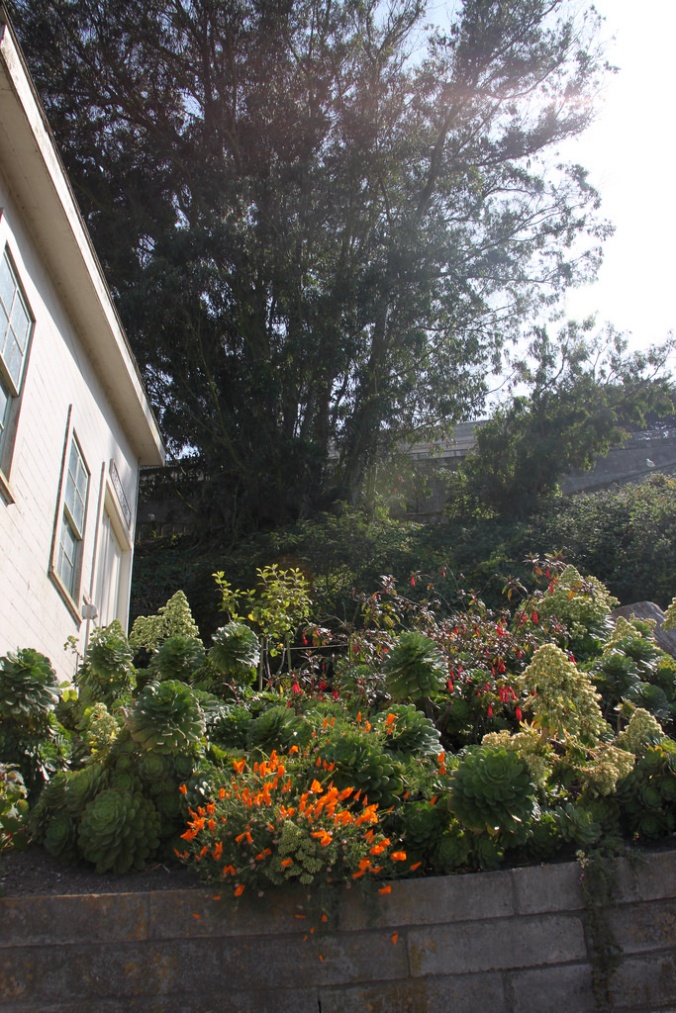 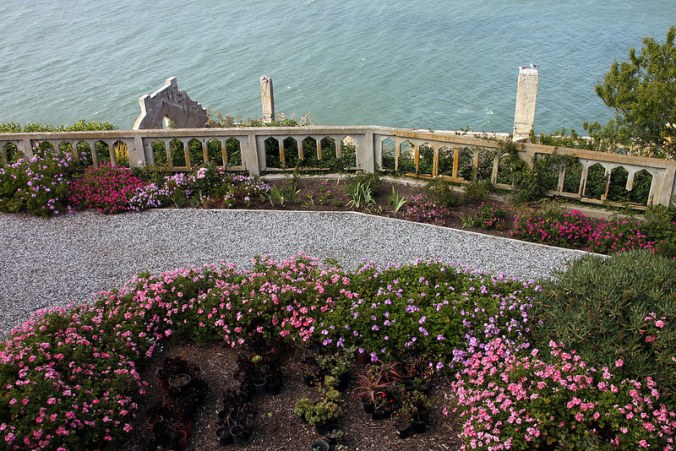 It’s an interesting place. A creepy place. A spot with a fascinating history — one that extends all the way into the present. My dad has become something of an Alcatraz scholar, and judging by the crowds? He’s not alone.

Just, you know, wouldn’t want to spend the night there. 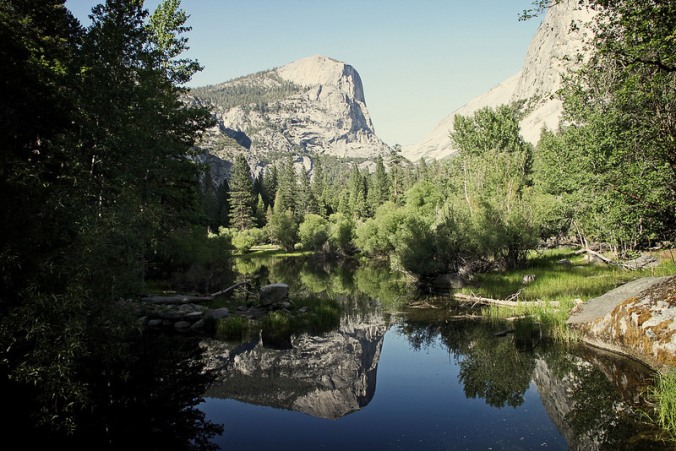 Despite being far from outdoorsy, we managed to hike a mile up to lovely Mirror Lake in Yosemite — a gorgeous spot reflecting Mt. Watkins, Tenaya Canyon and more. As the lake becomes more of a meadow (or dries up completely) in summer, we were lucky to find it still flowing in late May.

And speaking Yosemite (are we ever not speaking of it?), Monday actually marked 150 years since the Yosemite Grant was signed by President Lincoln — an action setting Yosemite Valley and the Mariposa Grove aside for the State of California to preserve and protect, a first from the U.S. federal government. The grant established the groundwork for the creation of Yellowstone as the first national park in 1872. Yosemite officially joined the ranks in 1890.

Just a bit o’ history for you. Happy Wednesday, friends! 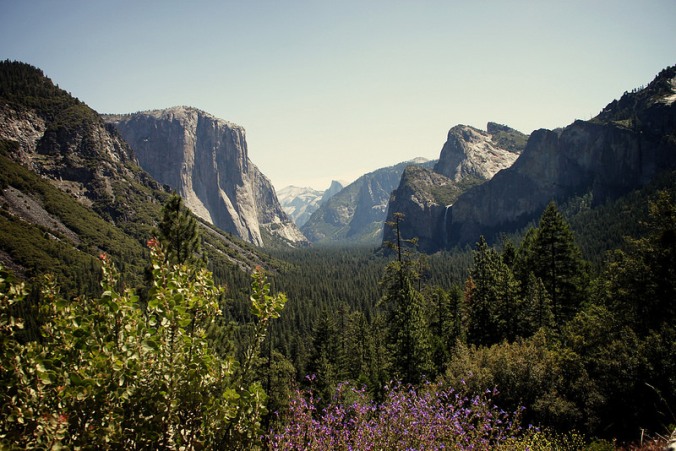 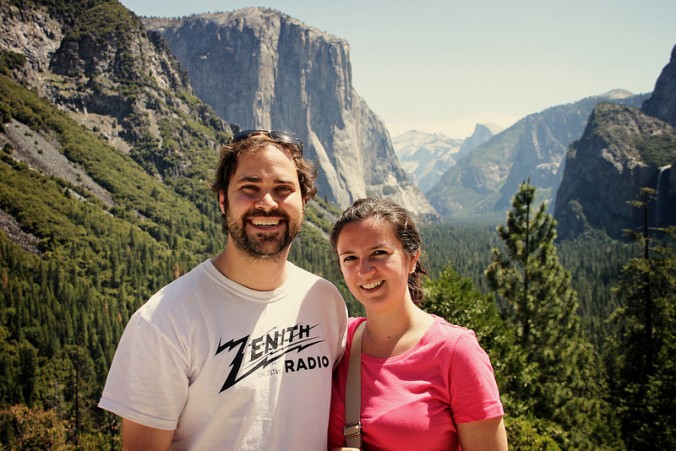 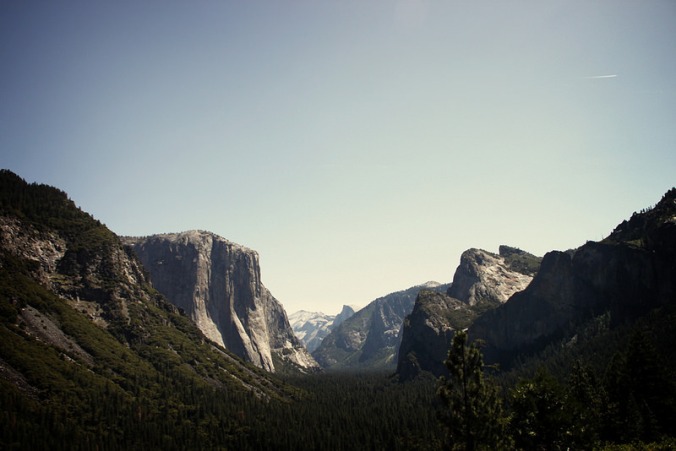 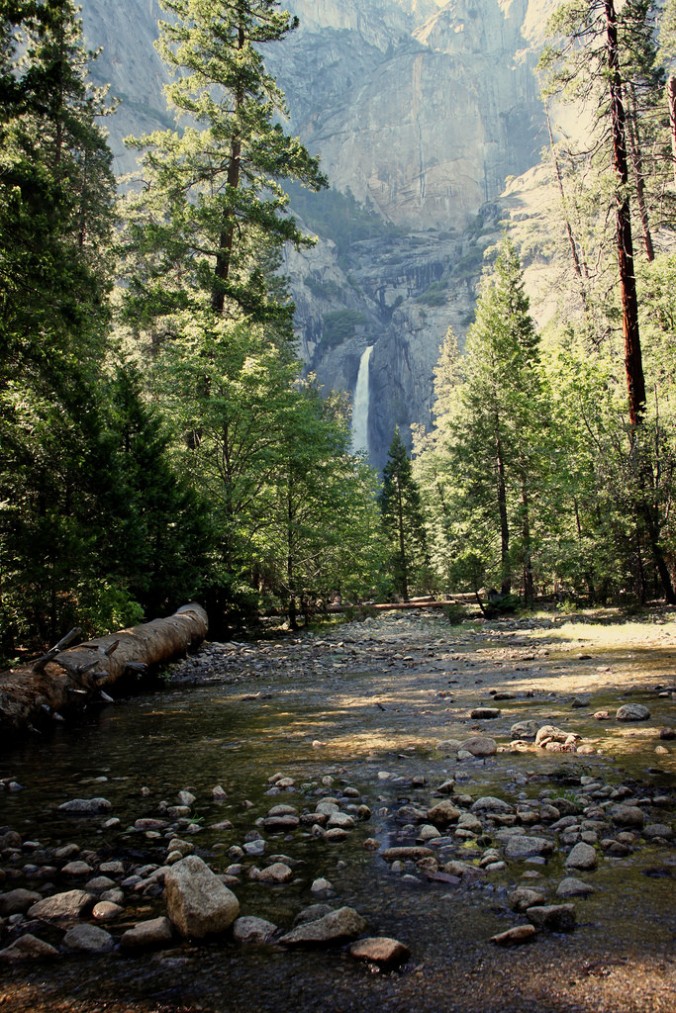 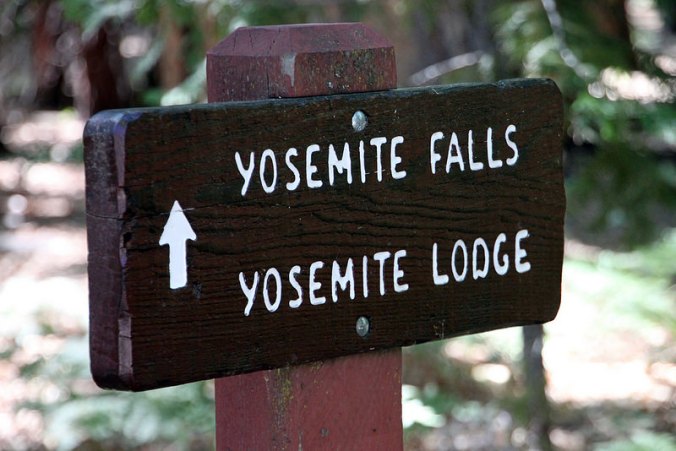 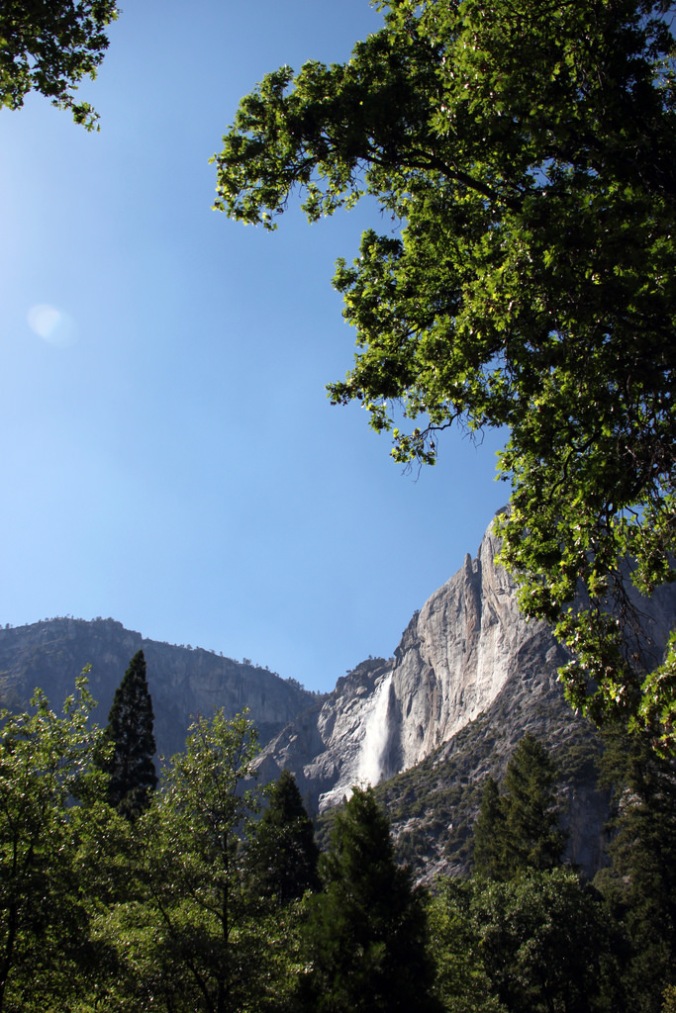 Sequoia National Park, man. That place is no joke.

We arrived in Three Rivers, Calif., after a four-hour drive from San Francisco. The road was long, the sun scalding . . . the day young. After learning we couldn’t check into our hotel quite yet, we set off for the park in search of the famed giant trees. 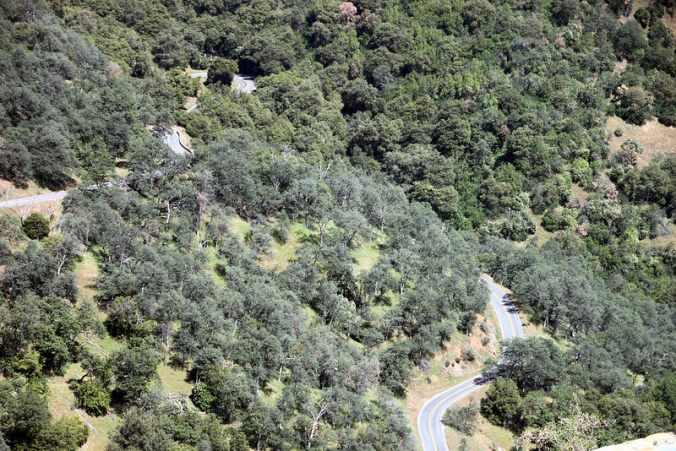 There’s a road in there.

I have exactly one photo from our time climbing switchbacks up mountains in Sequoia — mostly because I’ve never been so terrified in a car in my life. My dad was behind the wheel with Mom beside him, and Spencer and I were clinging to life (and the door handles) in the back.

I should note that Dad is a very good and cautious driver (as evidenced that I’m alive to write this post), but there was only so much one could do on those treacherous roads. Families seemed to be happily sailing along next to us, and all I could think about were the unbelievable drops immediately to our left and right. Drops off a cliff. Into the abyss.

Despite the fact that I’m a well-known scaredy-cat, I vouch you’d be hard-pressed to find someone who wasn’t a little shaky driving through Sequoia. It’s awe-inspiring, yes — unbelievable, crazy, gorgeous. Brother (or sister?) to the mighty Yosemite.

But it’s scary as hell, too, and there’s just no way around that.

Whether through lack of research or information ahead of time, we had no idea the hour-long drive from the park entrance to the grove of Giant Sequoias was going to be filled with endless hairpin turns. I’m talking serious, no-joke, terrifying angles — many without guard rails — as we climbed into the sky. The temperature was a good 30 degrees cooler at the apex than it was in Three Rivers, where it was breath-stealing hot.

That was one good thing.

As we made our way up, I had to roll my window down because I was pretty sure the motion sickness was going to result in actual sickness . . . but that meant not even a plate of glass was separating me from certain death should one minor thing go wrong.

The views were pretty spectacular, though. 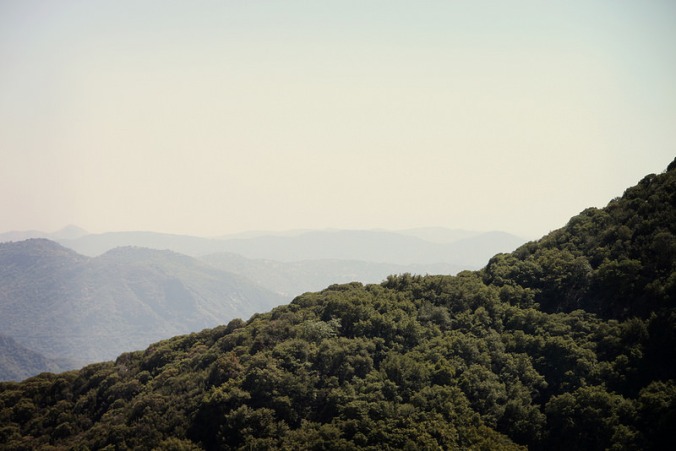 Pretty enough to make up for a near-death experience? I guess so. We did eventually get to the sequoias, where we paused to breathe in that cool, clean, crisp mountain air. But this was only after one member of our party did become ill and every member of our party came down with the jitters.

And we almost ran out of gas.
On the side of a mountain.
Without a shoulder.
And no cell phone service for miles and miles.

But the trees? The trees were nice. Impressive. Tall. 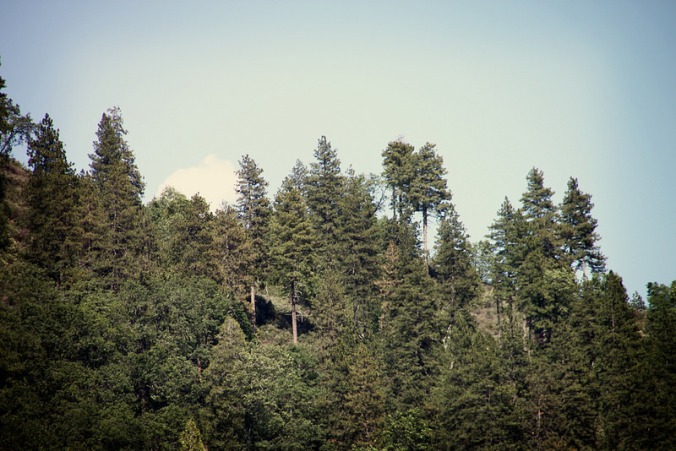 And we got a stamp for our crisp new passport book, which makes me feel like a giddy 8-year-old collecting neon Lisa Frank stickers all over again.

I’m kind of obsessed with it.

And by “kind of,” I mean I now carry it around with me “just in case.” Just in case I happen upon a national park during my work day in suburbia.

And I’m just thankful to be alive, so #stampsforeveryone.

Sequoia, you did not defeat us!

(But I’m never going back there.)

(I have white hair now.)