As a writer, I’m used to asking the questions.

I inquire. Follow up. Probe, maybe — just a little! — to get to the core of a story in a way I hope will do the subject justice.

After seven years of writing a column, I’m still getting used to being “in the field” writing features — but am enjoying the heck out of it. I rarely get nervous these days because stories are stories, and that’s my job: to tell stories. Mine. Yours. His. Hers. Theirs.

I’ve started spending Monday evenings at a local soup kitchen. I couldn’t tell you why, exactly, other than I felt an extreme pull — a need, really — to go. I heard about the need for volunteers at work and, before I knew it, I’d signed up for the next shift. The spiritual part of me thinks that was God, and maybe it was. After sitting behind a desk most of the day, I guess I wanted to get my hands a little dirty.

I’m not saying this to pat myself on the back. In fact, it feels strange to write about it at all — but in a short time, these Monday dinners have become an important part of my life. They matter to me. These people, my neighbors, matter to me.

When I interviewed Angela Mitchell last month, she inspired me so much with her dedication to the Chesapeake Bay and its inhabitants. We talked about how some folks would love to get involved in volunteer work, but it seems daunting.

“Many people say, ‘I don’t know where to start, but I have these two hands and a Saturday morning,’” Mitchell said.

Two hands and a Saturday morning.

And so I’ve started signing up to help at dinners, using an office restroom to change into faded jeans after work. The first time I came to serve anyone who needed a hot meal, at least 20 volunteers crowded the church hall. Everyone was bubbly, eager to help; so many people were there to cook and clean that I wasn’t really needed.

But I stayed. Tried to make myself useful. And at a dinner designed to unite the community and feed the hungry — older people; younger people; homeless people; people coming straight from work in faded uniforms — I looked into faces and listened to stories.

A young girl took a shine to me, lingering around the table of donated goods I was periodically manning. It was her sixth birthday, and she looked eagerly through stacks of school supplies. In her hands was a birthday card, and she asked me to read it aloud several times. “It had $10 in it,” she said.

“Are you going to save your money or spend it?” I asked.

“Spend it!” she said eagerly, as any child would.

I asked her if she had something in mind, and the look she gave me nearly burned.

I have never wanted for food. Never had to fall asleep hungry or go to school hungry or watch others eat with nothing for lunch. My biggest food-related challenge has been to eat less of it — and the idea of a 6-year-old wanting (needing?) to spend birthday money not on toys or clothes, but lunch? Well.

I was not there to pity anyone, and they don’t want our pity. I wasn’t looking for a “thank you.” This was not for a story.

In sharp contrast to my first time volunteering, when the hall was bursting with eager assistants, I walked in Monday to find two women struggling to pull down chairs and set up tables with just 30 minutes before guests would start arriving. Nothing was cooked, and the room was quiet. There were five of us to feed 40-plus people: serving, assisting, seating, helping, cleaning.

I assumed every night at the soup kitchen would be like my first: all hustle-and-bustle, laughter and ease, many people gathered to help many other people. Someone else in charge. Someone else with authority.

But this wasn’t the other volunteers’ first rodeo. As guests filtered in, I was amazed at the speed with which meatloaf, mashed potatoes, vegetables and rolls sprang from the kitchen. The women in charge were quick, kind and completely in control. After the room was set up for diners, I helped greet everyone and got them situated before we began serving. Many were lined up outside in the sun.

As we rushed to fill drink orders, bring out full plates and track down pats of butter, a young man reached out a hand. “Hi,” he said. “What’s your name?”

If I’m being honest, honest to the bone, well . . . I expected a leer. A come-on. A flirtation. Being asked my name has almost always preceded an unwelcome remark — though at 30, I rarely deal with that sort of thing anymore.

But I told him.

“Nice to meet you, Megan,” he said, and the two men with him also looked up with tired eyes. I smiled before grabbing plates and moving on.

A few minutes later, I passed by again — and the man put out a hand to catch my attention. “I’m sorry — what’s your name again?”

I told him, stifling a snap of impatience. A family was waiting on sweet tea.

“Megan . . . why do you . . .” He paused to take a slug of his water. Then he glanced at his friends, seemingly for help to pull the words he wanted from the meaty-scented air between us. Finally he asked, “Why do you do what you do?”

And I stood there, rooted to the sticky floor, used cups in my hands and sweaty hair in my face. 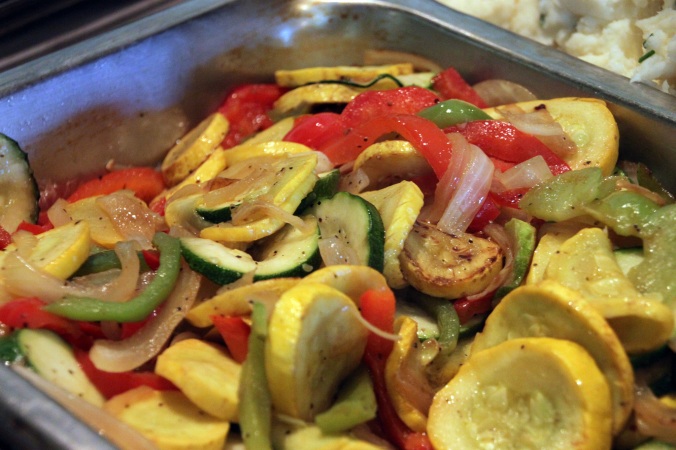 I was not the one who built this nonprofit from the ground up. I hadn’t cooked or organized this dinner. I had not donated meals, goodies or much-needed funds. I was just a worker bee: running plates, scrubbing gravy bowls, crafting Arnold Palmers from the iced tea and lemonade dispensers for delighted children.

I’m not doing much of anything, I thought. I’m just here. I showed up.

And that was the truth. The plain truth.

I don’t like to think about others being hungry — especially children. There are so many causes to care about, so much that can leave us inspired and heartbroken and eager to help. The more I volunteer to serve dinners, the more I feel the need to serve dinners.

I don’t want to talk about helping or plan to help. I just want to do it.

Maybe your cause, like Angela, is to work to preserve your home for future generations. Maybe it’s to encourage others to vote or help rebuild communities or encourage sustainable living or raise funds for cancer research.

Whatever it is, you can start small. Wade in. Commit to a few hours, then a few hours more. Get others involved. Give the gift of your attention.

Sometimes the simplest questions have the hardest answers. And even if we can’t do much, we can do something.

We can show up.

13 thoughts on “Hands to help on a Monday night”