But we needed time to laugh. Ponder. Freak out — in a good way. To hug each other and daydream and think, think, think.

But I’m ready now. And it’s time to shout it from the virtual rooftops, if you will.

The ones adorned with everything sparkly and light and uncertain.

In a way, the story starts with a fortune cookie.

Until recently, I didn’t pay much attention to babies. I prefer the fat-fisted 3-year-olds with their coloring books and crayons, their funny voices and elaborate stories, their wide-eyed innocence and crazy tantrums and little shoes. When friends’ children reach toddler-age, I’m in my element — suddenly beloved friend or makeshift “aunt,” even if only for the length of a party.

But everything changes, of course.

Sometime in mid-September, I began to feel “off.” Though physically I felt okay, my emotions seemed to reach angry-dragon level. Innocent comments angered me; silly jokes I would have once found hilarious became annoying, grating. I started tearing up at really dumb commercials. Laughing way too hard at sitcoms. My emotions were magnified, all over a map as pinpoints I couldn’t control. In my more tired and frustrated moments, I kept telling my husband I felt “crazy.”

I figured I should take a pregnancy test.

The first one was on a Thursday. I waited for the news in a doctor’s office, where I’d gone in for an unrelated issue. When she bustled into the room with the news — “It’s negative” — in a chirpy voice, I deflated. In addition to being excited about a potential baby, of course, I found myself wanting to write off my insane emotions with the inarguable diagnosis of “pregnant.”

Disappointed, I texted Spencer with the update and went about my week. Other symptoms began to crop up — some soreness, tiredness — but I wrote them off, thinking about how stressed I’d been lately and how that anxiety was likely what had delayed my cycle, too.

By Monday morning, though, I really felt something was up. I hadn’t been sleeping much; my appetite had changed. Though I didn’t feel sick, exactly, I just didn’t feel like myself.

So I took another test. Embarrassed to still be obsessing about the idea even after the doctor’s visit, I waited until Spencer left for work. I checked it with trembling hands, staring and waiting, but the “negative” line appeared almost immediately — stark and undeniable. No question. No argument.

More days passed. More waiting. More nothing. Increased soreness, extra moodiness, a desire to cry at the drop of a hat. I Googled endlessly about the accuracy of pregnancy tests, wondering if I’d somehow done it incorrectly. I did read over and over that, if taken too early, a false result could be incorrect. But I was still mildly convinced I was nuts.

You know where this is going, right?

By Saturday night, Spencer and I were out to dinner at a favorite Chinese spot. I barely tasted the chicken. Though we’d had a nice afternoon, all I could think about was whether or not I could be expecting. Every cramp and twinge was analyzed; I’d been driving myself insane looking up “early symptoms” online. I had a few, but not most — and the ones I had were easily explained away.

But I had to know.

By the time our server dropped off the check with a pair of fortune cookies, I’d worked myself into a tizzy. This is practically a pastime for me, really, but this had a shade of hysteria at the edges. I’d been worrying for days and, by the time I cracked that cookie open, I was up to my eyeballs in nerves.

“Be prepared for a sudden, needed, and happy change in plans.”

I looked at my husband, kindly waiting to hear my fortune, and felt the breath leave my chest. “I think I need to take another test,” I said, laughing, before I passed it across the table to him. 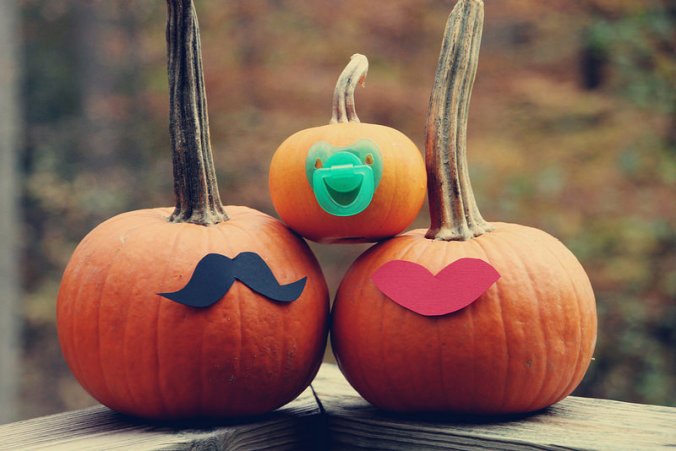 Sometimes it feels incredibly real and sometimes it’s very, very hard to believe. As of last Friday, I’m 12 weeks along and feel like I’m coming back to life. The early weeks were plagued by nausea and exhaustion that had me falling asleep by 9 p.m. — or earlier.

If you’ve wondered where the heck I’ve been, the answer is probably near a restroom.

My biggest enemy has definitely been lack of caffeine. Before we found out Baby Johnson is on his/her way (we’ll learn lad or lady in January), I was a major diet soda junkie. I started my day with a cup of coffee, then quickly moved to Diet Coke with a side of Diet Coke in the afternoon. If I was having a rough day, I’d cap that off with a Coke Zero at night.

“Too much” caffeine was never a thing for me; I can drink coffee and go straight to bed. It did prevent me from getting headaches — withdrawal symptoms, likely! — and kept my energy levels up at work, but I really just love the taste of diet soda. I took it for granted.

I’ll never do that again.

I’m all about water and herbal tea these days — the former something I tried to drink regularly, and the latter something I never drank at all. Going basically cold-turkey on caffeine has been tough, but remember that I’m a fearful first-timer. I’ve read countless articles online about the effects (or lack thereof) of caffeine and artificial sweeteners on pregnant women and their little ones, and though moderation seems to be key? I’m totally afraid of screwing something up.

I mean, I legitimately have no idea how to grow a human . . . I’m just glad my body does.

There are times I think this is really happening!, and other times it seems completely unreal. We’re just barely beginning to wrap our minds around the idea of a newborn, this shift from our “someday baby” to the one we plan to hold, God willing, in just six months.

I’ve felt every emotion under the sun about 10,000 times. Often in a single hour.

But more than anything? It’s definitely happiness. To pull out every cliché in the book, it does feel like a miracle. We had a second ultrasound last week and saw Baby J kicking, stretching and flipping like a gymnast. Seeing movement — actual movement of a moving baby — really blew our minds.

So that it’s it! My big, fat, crazy secret that I am so relieved to let out of the bag. I’ve been dying to tell anyone — everyone! — since we took the first positive test, but prudence, fear and rational thought kept me in line.

And now I can freely write posts again. Needless to say, well . . . pregnancy has occupied most of my thoughts for the last few months — and not being able to share that here has been strange and almost torturous.

In fact? I wrote the original draft of this post on Oct. 6 — you know, just to get it off my chest. Even though I knew I wouldn’t post it for more than a month, I couldn’t bear the thought of not cataloging my thoughts in some way.