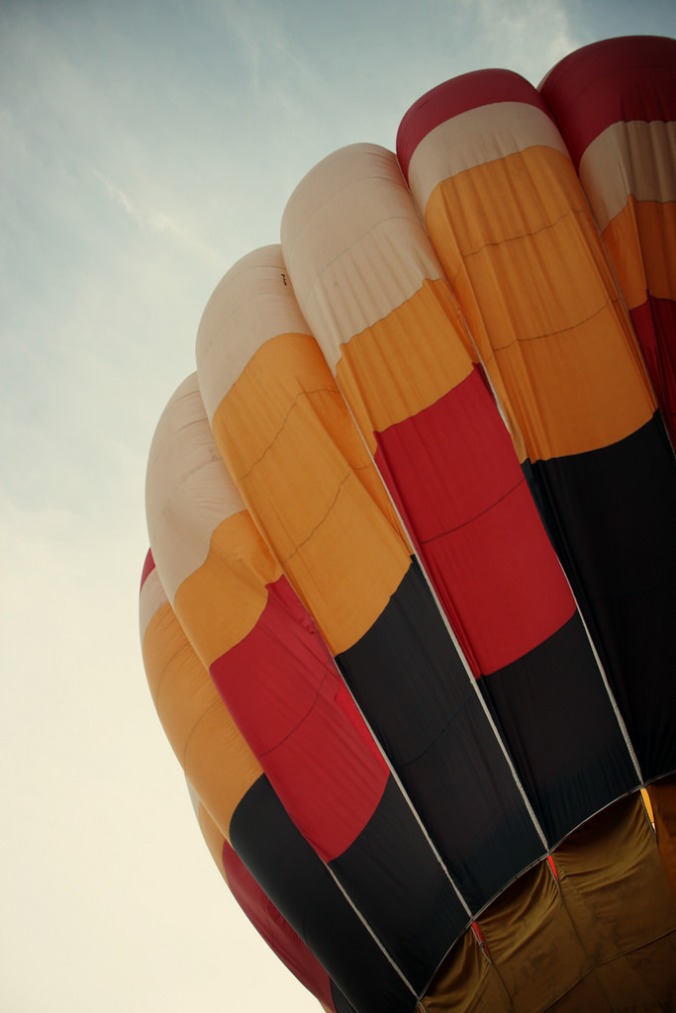 The quiet surprised me the most.

The first time we took a hot air balloon ride (over Napa Valley, back in our dating days of 2012), we were in a large basket with at least 10 other adults. It was crowded, everyone was chatting — and Spencer I wound up in different compartments on our ride.

(Side note: I was somewhat convinced Spence was going to propose on that fateful ride, but that moment would come six months later. Also, if he had wanted to pop the question in that balloon, it might have been mighty awkward. We would barely have been able to reach each other and hug.)

Back on our honeymoon last November, Spence and I booked a second ride over Virginia’s Shenandoah Valley. Having had so much fun the last go ’round, we were hoping for another memorable experience. Alas — cold and wind kept us grounded that trip, meaning we had to reschedule . . . for nine months later.

We certainly could have gotten back out to Woodstock, Va., before last weekend, but it’s a long trip — and I knew we’d be in the area for an annual ham radio event Spencer loves on Sunday. The stars finally aligned for us to get airborne once more.

Climbing into the basket (I have stumpy legs — it’s a process), I felt a rush of nerves as our balloon was untethered and the ground crew below us began to fall away. When a hot air balloon is released, everything happens really quickly; one moment you’re on the grass, the next you’re airborne and looking down at the world you thought you knew.

Everything looks different from above. 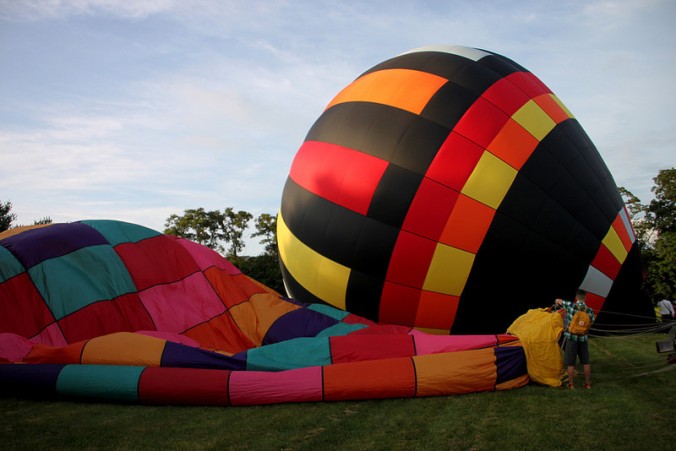 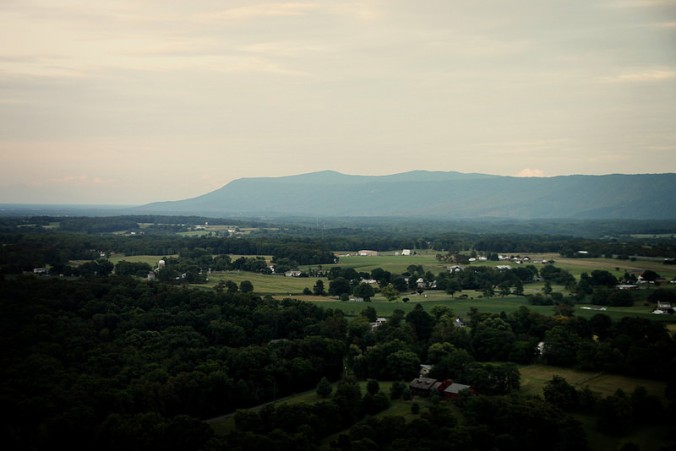 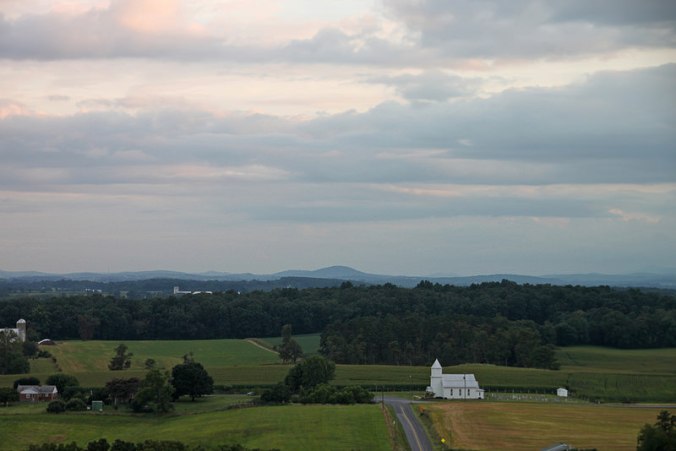 I thought I’d be scared, but somehow . . . I wasn’t. On paper, this looks like exactly the sort of experience that would push me into a fetal-position panic attack (extreme heights, lack of protection/parachute, risk of pilot error and, um, horrible fall to imminent death), but I didn’t even hesitate to ungracefully get in.

Not even after signing my life away in a series of legal documents.

Unlike our large ride in California, only five of us — including the pilot — shared this basket. Without the occasional bursts of fire from the burner keeping us afloat, it was silent . . . or close to silent, anyway. Even from high above we heard cars on the highway, cicadas in trees, dogs barking below on working farms. It was peaceful . . . almost holy.

No one said much. We were smashed with strangers, for one, but more than that? It just didn’t seem like the time. I was too busy gazing at the mountains — ones we were almost even with, it felt — and taking in the low clouds cresting the darkening mountain peaks.

Though only in flight for about a half hour, our view from above was totally different from our sunrise trip in Napa — but just as exciting. 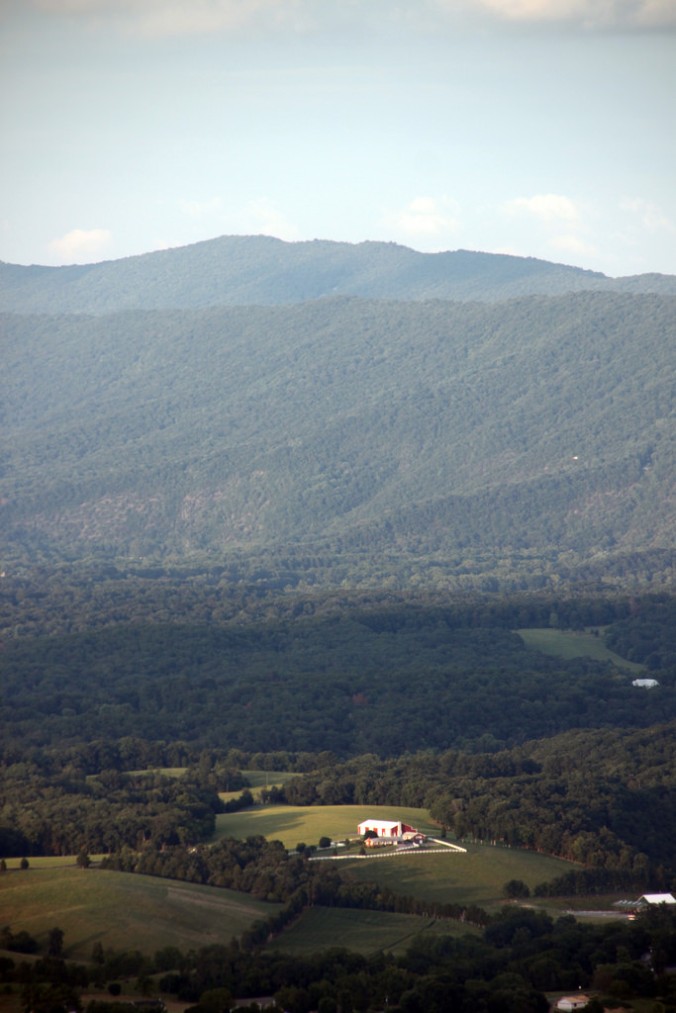 And this time? I totally wasn’t analyzing Spencer’s every movement, waiting to spot the glint of a diamond. That was a beautiful thing.

We’re married now, I thought. This was an experience we were scheduled to have had in the early days after our wedding, but I suddenly felt grateful it hadn’t worked out.

We needed this break. From the house, from our worries, from work. Though it hasn’t been so very long since our Yosemite trip, the summer has been brutally busy — and this balloon ride, though brief, was almost medicinal.

I didn’t even panic as we sank toward the ground, our basket just clearing the treetops as our pilot prepared us for landing.

For once, I hadn’t worried about the ending.

I just enjoyed the ride.

32 thoughts on “Enjoying the ride”