For someone who likes to keep a tight fist around her emotions, I can be pretty mushy.

But I guess that’s not a bad thing, right? I mean, I really love my husband. Which is a good thing, considering we’ve only been hitched for two months . . . and if the sheen had already worn off, that might be a little scary.

Last weekend I started going through old photo albums hunting for favorite photos of Spencer and me through the years — pictures that will be included in a montage for our wedding video. I’ve totally slacked on this task; though I vowed to get our videographer the needed materials soon after the wedding, I crashed hard in November and basically abandoned any remaining bridal tasks . . . save the all-important thank-you notes. 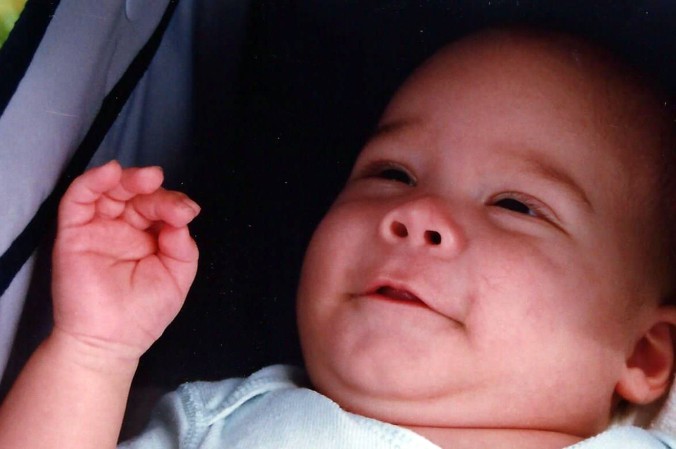 But. It’s late January now and, well, I seriously had no excuses left. Plus we would like to get our video back eventually, and I’d already stalled things enough with my procrastination.

And I’m getting déjà vu for some reason. Perhaps because I’ve procrastinated on many tasks before?

So yes, Sunday afternoon was the culmination of all my putting-things-off-post-wedding — and the process of finding pictures of us was actually really fun! My parents-in-law were kind enough to bring many pictures of Spence when they visited at Christmas, and I had so much fun finding shots of us from similar ages.

Watching Spence through the years — and seeing physical evidence of my own rise to eventual adulthood — was actually really emotional. I remember being 16, 17, 18 . . . and friends, it doesn’t feel so very long ago. It’s crazy yet somehow reassuring for me to think that as I nursed my first break-up, my first heartbreak, my whacky twenties . . . well, Spencer had been out there somewhere. Waiting to meet me. 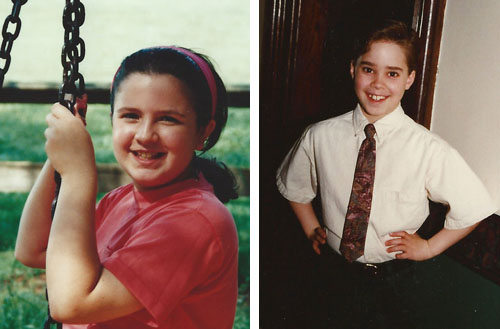 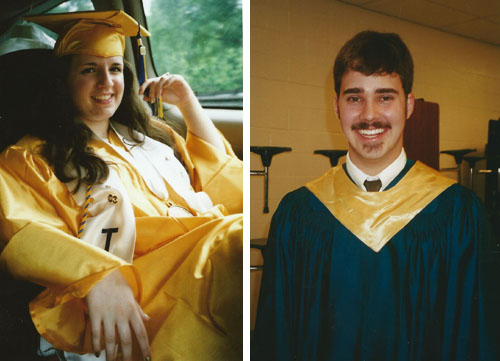 I used to lament that we didn’t have “a story.” Meeting online means you never have that our-eyes-met-from-across-the-room moment, you know? There’s no crowded bar, no college psych class, no high school sweetheart mythology. We met because Spencer stumbled upon my online dating profile and sent me a message, and I responded.

But I never would have joined the dating site if Jess hadn’t encouraged me to. If my parents hadn’t weighed in with an enthusiastic “do it!” If I hadn’t recently seen my first love again — live and in the flesh — only to realize that what I needed, more than anything, was to move forward. If I hadn’t felt hopeful enough to try.

Spence and I probably wouldn’t have met if he hadn’t gone into a physics program in college, eventually meeting the man who would encourage him to apply for an internship in Maryland. If he hadn’t felt comfortable coming to Maryland. If he hadn’t gotten the job, or been able to leave New York, or wanted to join a dating site himself. If he’d had a girlfriend at home or been too broken up by a past that wouldn’t let him move forward, either.

And in some ways, it was 24 years in the making.

19 thoughts on “There are places I remember”