Look, I have no beef — or turkey? (heh.) — with canned cranberry sauce.

There’s something sweetly nostalgic about the kind still bearing telltale ridges from the can. I’m sure my foodie friends would disagree, but I actually look forward to seeing it plop on one of my grandmother’s silver dishes.

But this stuff? Fresh cranberry sauce? Well, it’s a revelation. And it’s totally going on our table from now on.

We had our Thanksgiving potluck last week at work, y’all, and people really brought it. Turkey and gravy, Spanish rice and beans, sweet potatoes, corn casserole, homemade stuffing, mashed potatoes, pecan pie . . . a feast. When I saw the sign-up sheet, I noticed the humble cranberry sauce was missing from our line-up — but felt a little silly bringing that (and only that) next to my boss, who cooked an actual turkey. That morning. For us.

I’m happy to say my cranberry sauce totally stood up, though, and turned into a beautiful accompaniment for the many dishes I squirreled away on a single plate. Thanksgiving is such a great holiday — all the joy of Christmas, none of the pressure of presents — and it was fun to celebrate early.

To make this fresh cranberry sauce, Spencer and I waited until 10 p.m. the night before — the only time I had to whip this up — and promptly threw everything into a pot, which simmered for 30 minutes to perfection. It was simple, quick, easy, uncomplicated.

And fresh. So fresh.

What makes it different? The fresh fruit. Adding diced apple and pear, as well as the zest and juice of an orange, elevates it from so-so to fabulous. With a classic tang but a sweetness that matches every tart layer with added pecans for crunch, this flew off the table at work — and off our plates at home. Less than 24 hours after I made a pot, not a speck remained.

The mark of a great recipe.

Directions:
In a medium saucepan, boil water and sugar until sugar dissolves. Reduce the heat to a simmer and stir in cranberries, orange zest and juice, apple, pear, dried fruit, pecans, salt, cinnamon and nutmeg. Cover and simmer for 30 minutes, stirring occasionally, until cranberries burst. Remove from heat and cool to room temperature, then refrigerate. 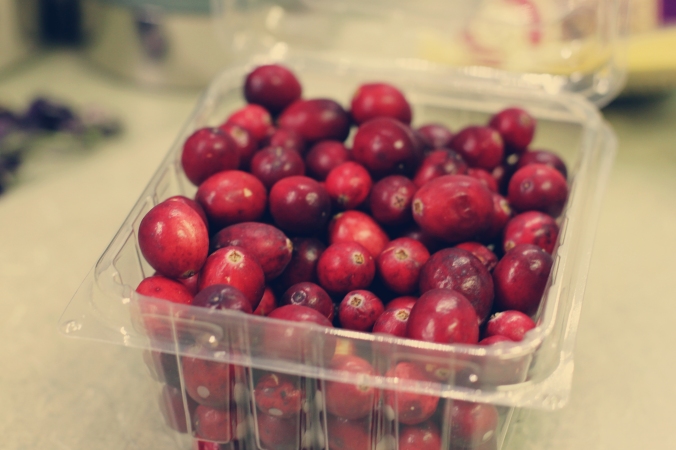 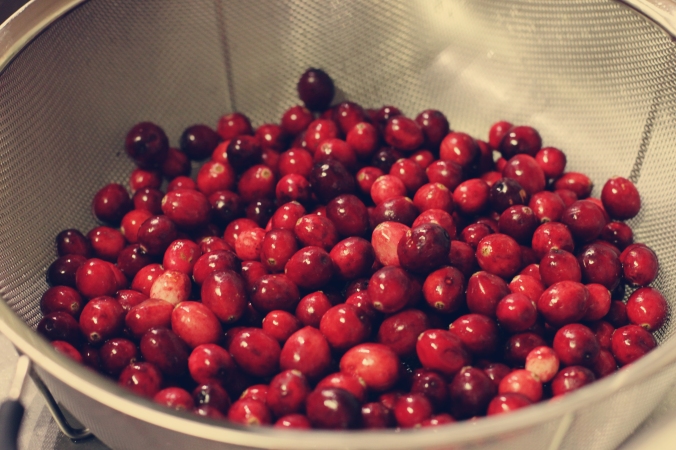